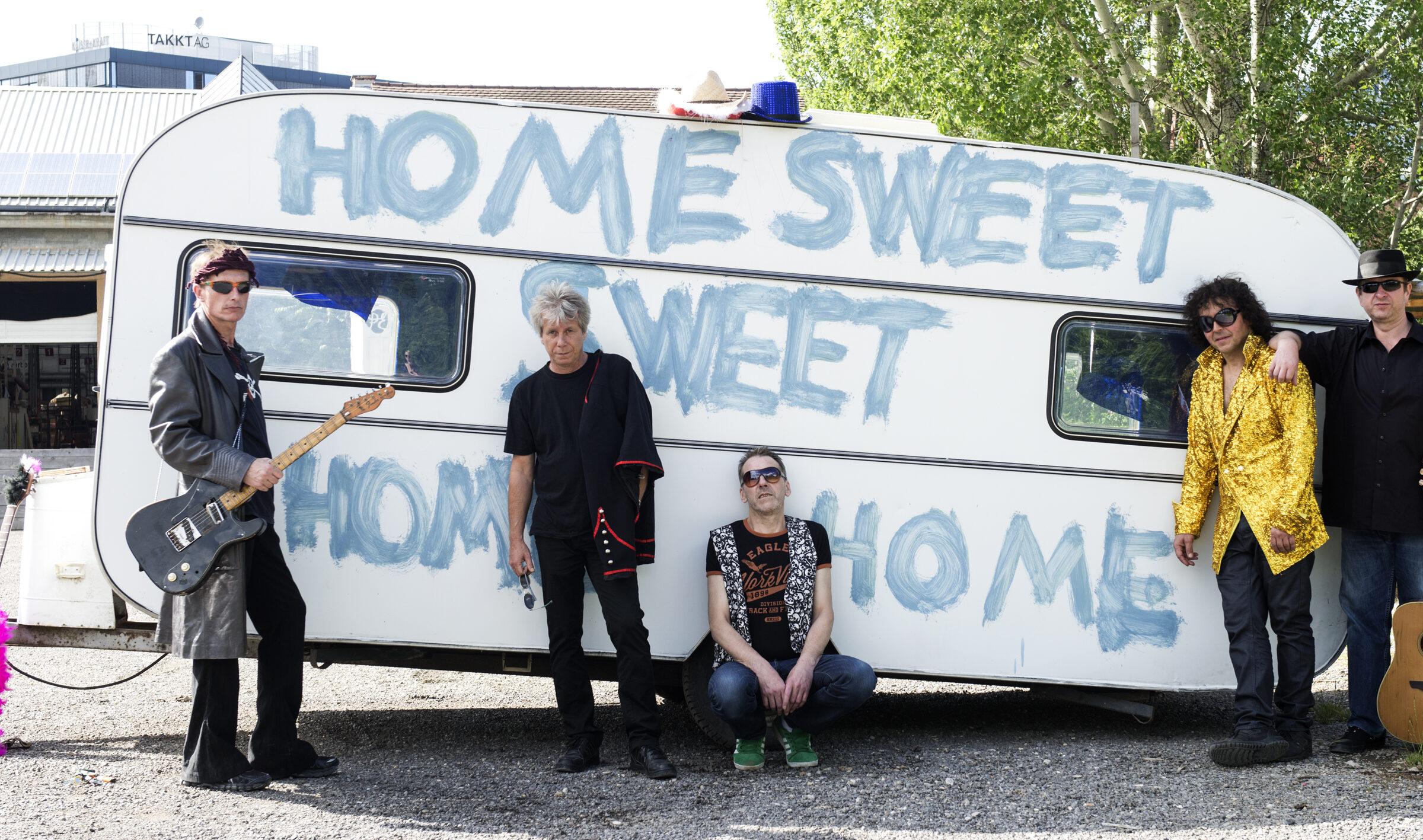 Ever found yourself asking which are the best SNES ROM hacks? You’re only human, so we’re going to assume that the answer is a firm yes.

The SNES had some absolutely amazing games, there’s no denying that. Still, a lot of them are decades old now, and some have never even seen a sequel.

That’s where the retro gaming community come in.

Ever keen to keep classics alive for younger generations and to bring fans new games where developers failed, this dedicated community never rests in their quest to bring new ideas to life.

And we couldn’t be happier with the results.

From unofficial sequels to expanded versions of classics, these SNES ROM hacks are something to behold. Take a step into a parallel universe and experience the past you never had with these epic retro hacks!

Let’s crack on with Number 10!

Oh No! More Zombies Ate My New Neighbours kickstarts this list of the best SNES ROMs of all time!

If you liked the original bloody-thirsty game, then this exciting ROM hack adds 55 brand new levels for you to sink your zombie teeth into!

As unofficial sequels go, this has to be one of the most intricate and in keeping with the original. It could have been a secret add or an expansion for the original game!

With more collectibles, exciting new bad guys to trounce, and tonnes of other new gameplay features to keep gamers smiling, this hack keeps the Zombies Ate My Neighbours dream alive for fans new and old.

And it’s blooming’ fun to play too!

We all love Super Mario Kart, one of the best SNES games of all time. I think we’ve probably all thought at some stage that it can’t be beaten, absolute perfection in a plastic kart.

And while sticking Spongebob into the mix might not trump the original, it certainly makes me giddy with excitement. Racing with Patrick; what could be better!

Going head to head with a friend is probably the best way to play, especially in the new battle mode.

Instead of firing red and green shells, attack enemies with Neptune’s Spatula, Pineapples, and lots of other crazy items as you prove to Mrs Puff who the best racer in Bikini Bottom really is!

And if you thought that Super Spongebob Kart was a laugh, then get a hold of this; Hyper Street Kart!

Yes, experience all the thrills and spills of Super Mario Kart with the classic characters from the Street Fighter series.

Every character from the original game has been replaced with the likes of Guile, Chun-Li, Ryu, Blanka, and the gang.

Play through original levels and try some new Street Fighter-esque levels too.

And the best thing is that green shells have been replaced by Ryu’s HADOUKEN!

Next up in our best SNES ROM hacks is a modified version of one of the top rare SNES games on the market; Chrono Trigger.

Prophet’s Guile is a fan-made expansion to the original game, adding an extra storyline that follows Magus’ rise to power.

Remember the original storyline in Chrono Trigger? Well, gameplay follows Magus after your first battle with him. The year is 12,000 B.C, and there are two lengthy chapters to play through.

If you’re a fan of origins stories and side-quests, then this is definitely for you. If, however, you’ve never played Chrono Trigger, then it won’t make much sense at all…

Well … if that’s not an excuse to spend $245 on a Chrono Trigger cartridge, then I don’t know what is!

6. FFVI: Return of the Dark Sorcerer

Some of these entries in our list of the best ROM SNES hacks are expansions of other games or modified versions, but not FFVI: Return of the Dark Sorcerer.

This is a brand new game entirely, making it the perfect ROM hack for fans of the series looking for a brand new challenge.

Sure, it might use the same engine as FFVI, but there’s a whole new set of characters to discover, new enemies, and tonnes of new moves to learn how to wield.

You might even be able to pick out a few cameos from other famous RPGs too!

It wouldn’t be one of the best ROM hacks without some extra settings for hardened players too. You can now ramp up the difficulty if you’re finding things a little too easy, which also adds to the ROMs replayability (there’s my favourite made up word again…)

I’ve always been a fan of Yoshi games and games where Yoshi is a playable character. It’s partly why I love Super Mario 64 DS, one of the best Nintendo DS games, so much!

If you loves Yoshi’s Island and Yoshi’s Story, then Yoshi’s Strange Quest is one of the best SNES ROM hacks out there for solo-dino play.

Play through this side-scrolling adventure without having to worry about ferrying Baby Mario and keeping him safe. Find your stolen eggs and beat back dangerous enemies in cleverly designed levels.

And as with most fan-made ROM hacks, this game has humour and dialogue that you wouldn’t normally find in a Nintendo game.

It’s a tough cookie to crack, especially if you’re not used to defeating enemies with eggs. Once you get the hang of it, however, you’ll be blasting through these colourful levels with a huge smile on your face, making the trademark ‘YOSHIIII’ sound every three-and-a-half-seconds.

This game oozes cool. Seriously, everything about it is perfection. The only reason it hasn’t topped this list is simply because I’ve got a soft spot for the next three that are coming up.

With a whole new storyline to play through, Around the World provides a tasty treat for Mazza fans to delve into. So Bowser’s still kidnapping Princess Peach, but he’s taken to her a Robotnik-style space station instead.

Your job; show Bowser that Italians can kick ass in space just as well as they can in the Mushroom Kingdom.

Wall jump like in SM64, enjoy updated graphics and a barrage of new features, and sit back while marvelling at just how vast this game is!

3. The Legend Of Zelda: Parallel Worlds

The Legend of Zelda: Parallel Worlds is up next, one of the best Zelda ROM hacks of all time!

Listen, we all know that swords are sharp, pointy, and can kill enemies. But so can a ceramic pot.

You’ll need to use both carefully in this epic ROM hack. We all know how much Link loves his pots; almost as much as he loves working his way through the new dungeons in this fantastic fan-made phenomenon…

… I wish that started with an f too.

While Parallel Worlds is undoubtedly based on A Link to the Past, it plays and feels like an entirely different game. There’s a whole new plot, and the dungeons are so hard you’ll be left crying into your sandwich.

If you’re new to retro gaming, maybe start with something easier for a few months (or years) first.

Like every other Zelda game, collecting and exploring are key elements to the gameplay. Plus, there’s a an even harder mode to try your hand at once you’ve completed it!

The silver medal goes to the super-colourful Super Metroid: Ascent!

In terms of length, Ascent takes roughly the same time to complete as the original but is way harder. The rooms are bigger and the puzzles are designed for a mind as great as Sherlock’s.

The thing I love the most about this game is that there are multiple ways to solve each problem. I’ve played it though a couple of times now and found different ways every time.

It’s the brain-tingling gift that keeps on giving!

Earthbound: Halloween Hack takes the top spot int his list of the best SNES ROM hacks of all time!

It’s one of my favourite gamed when it hasn’t been hacked, so to see a brutal version that feels like a cross between Silent Hill and Grand Theft Auto makes my brain boil with excitement.

Seriously, this hack is widely known as being a disturbing game. I don’t know what that says about my personality…. probably nothing good or that I want to find out about…

Halloween Hack is hilarious, if a little disturbing at times. Its not for the faint of heart, but if you’re a sicko inside, then you’ll love it!

Modern gamblers are fond of high quality entertainment with big payouts. This year the top publishers gave their best by creating new games with impressive graphics and gameplays. The year 2021 has been hard for everyone and the providers have decided to launch new online slots as well as many other casino games https://pokiesurf-australia.com/. If you love slots and you will want to stay up to date with all the new features on the iGambling market in 2022, keep reading this article.

It’s impossible to keep up with all the new appearances without the online casino games industry and, especially, slots. Publishers do not tire of developing new models: new types and versions are created, classic models are improved, features are added. It should not be forgotten that 3D technologies are entering the industry. VR games are becoming more and more numerous. Here are our top new slot machines that every player in Switzerland must try in 2022.

This video slot was released in early January 2022 and is already available at most major online casinos in Switzerland. It has 5 reels and 20 paylines. Its RTP is 96%. The main advantage of this machine is that it has 5 jackpots and several free spins.

NetEnt’s Megaways slot is due to be released at the end of January. There are not many details about this model, but slot fans have high expectations. NetEnt is in the top of the best developers and its models have good graphics, interesting features and huge jackpots.

The online slot is full of colours, animations and sound effects. It has a 7×7 network with many special features. These include the Alien Buff feature (two Giantooz symbols multiply the player’s winnings) and Wild symbols. Its RTP is 96%.

This slot is distinguished above all by the three available jackpots (Mini, Major and Mega). The slot has 5 reels, there are 25 active lines, the payout ratio is 96%. Special bonuses include multipliers, wilds and Money Re-spin Bonus.

This is a 3-reel, 5-payline casino slot. It has the traditional symbols, which allows players to focus more on the gameplay. The Joker plays the role of the Wild symbol. There is no scatter, but free spins and the Respin of Fire feature are offered. The RTP is 96%.